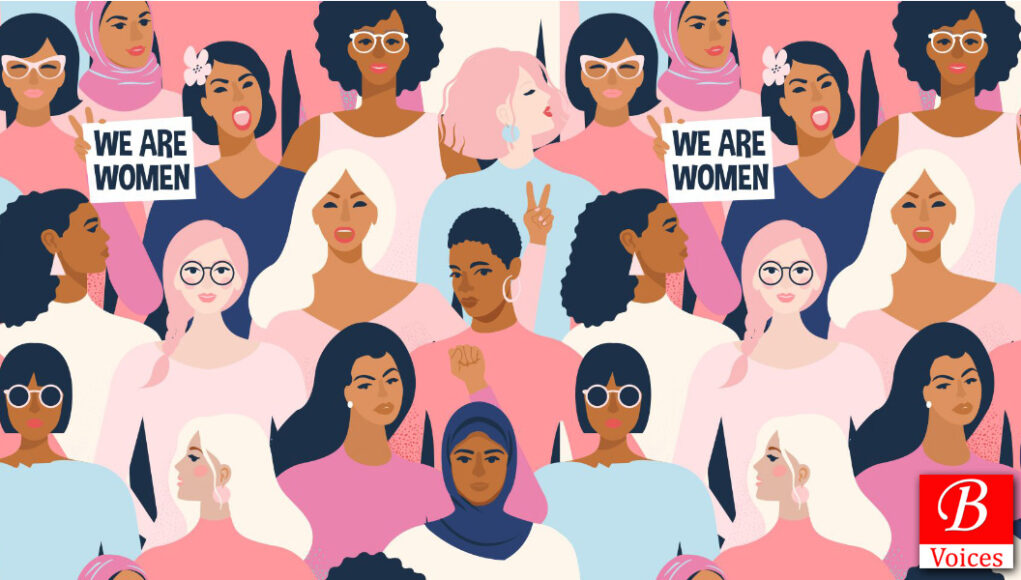 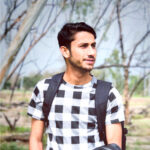 Man is the absolute master and woman the slave. She is the object of his sensual pleasures, a toy with which he plays whenever and however he pleases. Knowledge is his, ignorance hers. The firmament and the light are his; darkness and the dungeon are hers. He is to command and she is to blindly obey. He is everything that is and she is an insignificant part of that everything. This is nothing but just a fallacy made by feminists to disturb the balance of society.

Men fill what women lack and women fill what men lack. Comparing women with men is like comparing rose with jasmine. Both are different in nature. Both have different characteristics. Both are good in their own way. Comparison can only be made when both entities belong to the same category. Qur’an says in chap 3 verse no. 32 “Man is not like women.”

Pat Robertson says  “The feminist agenda is not about equal rights for women. It is about a socialist, anti-family political movement that encourages women to leave their husbands, kill their children, practice witchcraft, destroy capitalism, and become lesbians.” Sigmund Freud said “We must not allow ourselves to be deflected by the feminists who are anxious to force us to regard the two sexes as completely equal in position and worth.” —     When Mohammad PBUH was giving rights to the women, that time in 585  AD there was a council of Macon deciding whether women have a soul or not then concluded they have no soul. In 586 AD  there was a conference in France on whether women have human or animal soul then concluded that women aim is to serve men. Greek philosopher Aristotle said Women are inferior to men because they have fewer teeth than men”.   Marx and Engels, the founders of Communism who preached in their Communist Manifesto (1848) that marriage, home, and family were nothing but a curse that kept women in perpetual slavery. Christianity’s basic belief is that women are a mother of sin and they think that all adversities begin from women. Women are the biggest tool of Satan, they added. In Roman Empire, the husband had the right to kill his wife. So What kinds of rights Feminists are demanding from Islam? What are the rights of   Islam ،that are not given to women? Ask Feminists. And the feminist will be unable to mention that single right that Islam is not giving to them. They don’t want rights, they want freedom. Freedom of everything they like.

Feminist wants freedom from the veil.  They said that veils oppress women And People wearing burqa could pose a threat to national security,” Furthermore for feminists, a Muslim headscarf represents patriarchal oppression in a backward society. For Feminists, it was a matter of personal choice But indeed Veil saves women from the visual theft of men.  Women without veils are teased more than women with veils. In its traditional form, it is worn by women to maintain modesty and privacy from unrelated males. .Anna Manssom Macginty says  “The veil has become a powerful symbol in Islamic conversion”. And most importantly Hijab represents a woman’s submission to her Creator and her connection with the faith. Mariam Jamila said  “ She observes Purdah not because of “male tyranny” but because she knows this is in her own best interest”. The beauty and womanhood of women should not be so cheap that everyone sees it.

Feminists supported Coeducation in the 1900s because they want equal education and then Coeducation becomes the biggest reason for teenage pregnancy and court marriages. In the 1970s in the USA, as co-education increased, the suicide rate also increased.  Islam restricts women’s interaction with men. And according to a report on sexual harassment, 75 % chances are that women know that men. An Australian writer and radical feminist named Germaine Greer says ” Sexual liberation harms women more than men. Women continue to experience the consequences of pregnancy while the male body is unaffected. All this is because of the free mixing of both genders that Islam prohibited.

Feminist wants women equal status to men. Allah says in the Qur’an Chapter no. 4 verse no. 34.” Men are protector and maintainer of women because Allah has made one of them excel the other and because they spend out their possession to support them”. The point to ponder is men are a step ahead not because they are physically, psychologically, or biologically superior but they excel because they spend on their women. Describing the husband to be a degree above the wife not to make him a cruel tyrant but for the preservation of the family. It is difficult to form a unisex society. In families where the wife is economically independent, the husband automatically loses his role as head of the household. Consequently, when the mother dominates, the children lose all respect for the father.  Furthermore, The Muslim family is the miniature of the whole of Muslim society and its firm basis. In it, the man or father functions as the Imam in accordance with the patriarchal nature of Islam. The religious responsibility of the family rests upon his shoulders. In the family, the father upholds the tenets of the faith and his authority symbolizes that of God in the world. The man is in fact respected in the family.

An entity made from a  small germ cell looking for liberty from everything. And the liberty that will strike her head hard. It hurts. It damages. It violates.  This is against the norms and values and most importantly, Islam.  The 3 major pillars of modern western society are Equality of men and women in every aspect, Economic independence, and Freely mixing of both genders and Pakistani Feminists wants the same. Do feminists follow Islam or the west?  We still don’t know that we are almost on the verge of chaos. The remedy is Pakistani Women in the feminist movement are not taught Islam properly. Teach them, Islam, they will surely hate Feminism.

The writer is a student of the English department 4th semester at Bahauddin Zakariya University Multan. 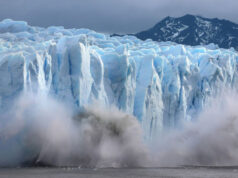 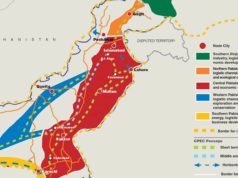