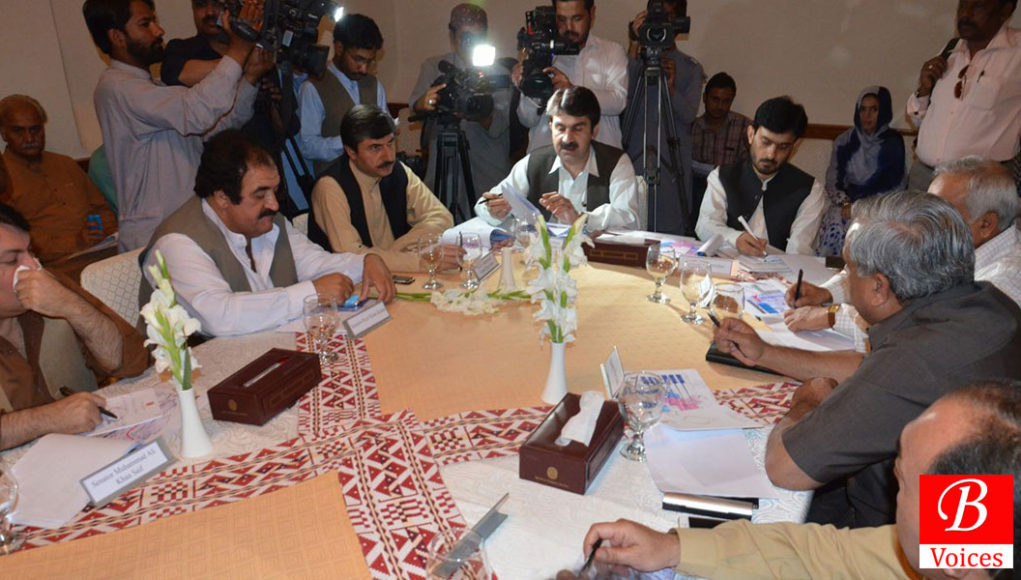 Quetta: Not a single paisa has been spent on the exclusive portion of western alignment of China-Pakistan Economic Corridor (CPEC) so far, conceded National Highway Authority (NHA) officials, on Sunday.

This was revealed by NHA member West Zone, Muhammad Yousaf Barakzai, in a briefing session held by NHA on western Alignment of CPEC for Standing Committee of Senate on Communications.

Federal Minister for Planning and Development Ahsan Iqbal was severely criticized by Senate standing committee members for not attending the briefing session.

No land has been acquired for western alignment so far – NHA

It was revealed in the briefing that no land has been acquired for western alignment so far.

“We have sent a proposal of land acquisition with an estimate of Rs. 53 billion for approval of Prime Minister and waiting for response for last three months,” said Federal Secretary Communications Khalid Masood Chaudhry. He further added that land acquisition process would start from September 2016.

“No consultant has been hired for preparing feasibility report of western alignment let alone starting work on it,” lamented Senator Usman Kakar.

Senator Kakar said that western alignment of CPEC will not even be completed by 2025 if the work continued at same pace.

Addressing the session, Senator Rozi Khan Kakar of PPP said that “We manage to hold the briefing session for senate standing committee in Quetta after a lot of efforts and attempts.”

He further argued that Prime Minister Nawaz Sharif and Federal Minister Ahsan Iqbal are the ones responsible for injustices with Balochistan with regard to CPEC.

Senator Rozi Khan Kakar walked out in protest from the briefing session due to lack of fulfillment of promises of federal government about western route of CPEC.

“CPEC has become controversial due to the dubious attitude of federal government which has created an environment of distrust,” claimed Senator Barrister Saif of MQM.

Senate Standing Committee members along with NHA officials would visit western alignment sections in the coming days as part of their visit to Balochistan.