Lately published, Nine lives of Pakistan by Irish author and foreign correspondent of The Guardian and later The New York Times, Declan Walsh, is an emollient patchwork of variegated aspects of Pakistan. Pakistani authorities expelled him in 2013 citing unspecified ‘ undesirable activities.’ He has panoptically reported from sub-Saharan Africa, Afghanistan, the United States, and across the Middle East.

Walsh writes with painstaking elegance. His prose never shuffles, it flaunts and struts like an ebullient man beaming with energy and vividness. Each sentence dovetails with the other one in a studied and refined way. I was stunned by his writing style: the pattern he weaves around the paragraphs and then idles deep into lurid details is sagacious. A writer must hook his reader with a beatific impression: the reader should be under an obligation to keep reading.

Some time ago, I was into jotting an essay whose thesis statement went: Pakistan is a melting pot of diverse nations with distinct ethnicities and cultures. However, they remain tethered to a single cause that is their common country: Pakistan. Nine lives of Pakistan with refreshing candor takes deep stock of this plural Pakistani society and then embellishes a picture with its entirety. Portraying a country with layered, complex, and tiered systems is not child’s play: exacts strenuous energy to be invested in. And Declan went a long way to achieve this feat.

Buccaneers, bumptious bureaucrats, and other high-ups get flagged in this book, as these people own a formidable say in important sectors of the Pakistan state. Walsh has also flushed out a multiplicity of illegal companies working under the legal veneer. It was a Karachi-based software company accused of providing bogus degrees which Walsh surfaced. The book brings to fore several such types of scams and hidden truths in Pakistan society.

Nine lives of Pakistan brings to light the sordid underbelly of Pakistani society and its influential people like Asma Jahangir, Akbar Bugti, and Aslam Chaudhary and bespeaks all those perils which they faced in their struggles. Surprisingly amongst nine personalities which entitle the book hardly one is alive. But this book also mentions a lot about spooks and their job to tail suspects. Asama Jahangir was a maverick advocate of human rights and worked a day in and day out to procure a niche for women to celebrate their flairs in Pakistani society.

Walsh describes the sad posture of Jinnah’s mansion in South court Mumbai which is under Indian government charge now. Her daughter Dina Wadia who claimed the house died without the house to her name. Pakistani Government has also claimed for it but the response across the border was intransigent.

Pakistani society is rife with conflicts, controversies, and conundrums. Each conflict has a historical backdrop and the backdrop seems melodramatic enough. Walsh in this book quite honestly surfaces these conflicts. But the book seems to lack references. This makes it a wee bit less reliable but Walsh’ being a prominent correspondent of refutable newspaper accounts for this.

The sub-title of the book, viz. Dispatches from a nation divided speak volumes per se. The author refreshingly writes about the generational faultlines, political and religious extremism of a hooping 220 million colorful nation. Pakistan is characterized by its multi-ethnicities consisting it. A Baloch is culturally distinct as a Sindhi or a Punjabi is. For a country as diverse as Pakistan it becomes quite inevitable to recognize things as they are. A single monotonous official narrative will not suffice to even out the odds. The nation is divided because each ethnicity envisages that its culture, mores, and traditions are going to be trampled. This apprehension aggravates further and spins out of control resulting in faultline quarrels.

The best thing about Walsh’s nine lives of Pakistan is that he is inclusive in his tone and tenor. He visits the far corners of Pakistan ranging from Dera Bugti Balochistan to Sehwan Sharif Sindh from Waziristan KPK to Lahore Punjab. He hobnobs with all kinds of people; celebrates local rites, drives in local rickshaws, and burnishes his writing with an ambiance of a travelogue, a fiction writer, and a correspondent equally.

One thing which made me think and seriously concerned was a paragraph about the late Nawab Akbar Bugti. Walsh recalls a meeting with Akbar Bugti in his home town Dera Bugti in days when things were running afoul with the center. Manzoor Gichki a senior politician from Makran was also present. Walsh notes,” Seated beside me was a rotund man named Manzoor Gichki, a minor political leader from the coastal district of Makran, who evidently had angered the Nawab with some perceived show of disloyalty. Throughout the meal, the Nawab periodically mocked and bullied the poor man. In the 1970s, the Nawab declared, the government of Pakistan tried to outlaw the sardars. But there was an exception,’ he said, lowering his voice to a menacing pitch. ‘ Those sardars whose service were required. Overnight, hundreds of them spread out their hands to receive the goodies.’ He motioned dismissively at Gichki. ‘ He is one of them. He is not even a Baloch.’

This slur was gratuitous and unwarranted. These types of snide remarks do not fit with towering figures such as Bugti. Without a shadow of a doubt, he was the face of Balochistan in bad days but he was also once a parliamentary man with all fanfares. These remarks fan internal disagreements. In front of a foreign correspondent casting aspersions to a Baloch parliamentary leader is not justified.

All the same, the book reveals many internal things that happened behind closed doors in Pakistan and educates you about what happened during the last two decades. This is a recommended book to read to get on board with all-important subjects concerning Pakistan.

Disclaimer: Views expressed in this article are those of the author and Balochistan Voices do not necessarily agree with them.

Book Review: The Impact of Science on Society By Bertrand Russell 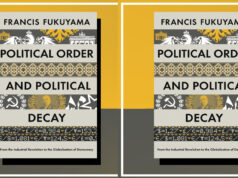 Book Review: Pakistan At The crossroads