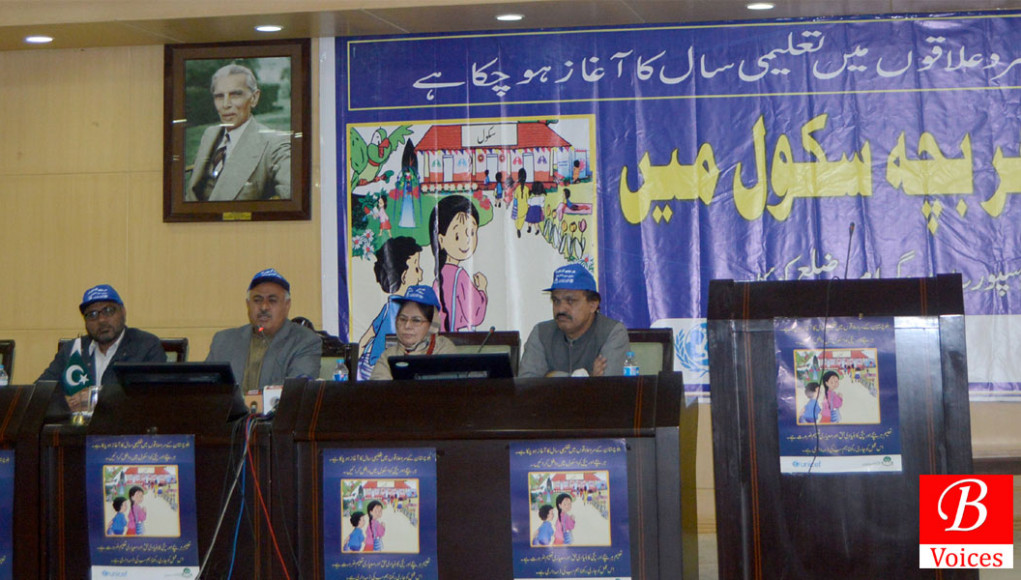 “We will engage MNAs, Senators, MPAs and local government representatives in the enrollment campaign to make it effective and successful,” said education minister.

He said that education government officials will go door to door for the enrollment campaign. He also announced that all primary schools in the province have been declared as gender free schools to increase enrollment.

He explained that normally around 237,000 children are enrolled in schools every year on average. This year education department plans to increase the number of enrollments by 160,000 more to make it 400,000.

Through campaign, enrollments will be increased by 160,000 to make the total enrollments 400,000 this year.

Enrollment of school children will be verified through EMIS system which was adopted by provincial education department last year.

Ruqqaiya Sayeed Hashmi, member of provincial assembly, lamented the fact that there is influx of private schools and religious seminaries where parents send their children but not to government schools. She contended that enrollment campaigns can only be successful if incentives are provided for the students.

Mr. Kakar urged media to highlight the enrollment campaign so that parents can send their children to the schools.

Miss Sehrish, representative of UNICEF, ensured full support of her organization for the enrollment campaign.

Launching ceremony was attended by government official and educational campaigners in huge numbers.