Pakistan was not in good books of United States from 1989 till 2011. Then came the 9/11 and Pakistan became a major Non-NATO ally of the U.S in War on Terror. As a result, Pakistan begins to receive aid from the U.S for partnering in the war on terror. Bush and Obama Administrations continued providing aid to Pakistan despite mounting difficulties to NATO forces in Afghanistan. Apart from occasional demands to ‘do more,’ U.S did not take any harsh action against Pakistan and continued aid. However, that changed when Donald J. Trump took control of oval office in 2017.

The United States has foolishly given Pakistan more than 33 billion dollars in aid over the last 15 years, and they have given us nothing but lies & deceit, thinking of our leaders as fools. They give safe haven to the terrorists we hunt in Afghanistan, with little help. No more!

After a couple of days, U.S State Department formally announced to stop the transfer of a tranche of $255 million to Pakistan. This tranche was under the head of Coalition Support Fund (CSF) which is used to reimburse Pakistan for military operations it carries as a part of War on Terror.

U.S Aid to Pakistan Not significant

According to Data of U.S Aid (PDF) released by Congressional Research Service, U.S has provided Aid of $33.93 Billion to Pakistan from 2002 to 2017.

The aid to Pakistan by the U.S was provided under three main heads of security, economic and CSF. Only $1 in $3 of aid was for economy and $2 were for security-related heads.

Pakistan is a developing country with a Gross Domestic Product (GDP) of $283.66 Billion which is growing at a rate of 5.7 percent. Just like a developing country, Pakistan relies heavily on foreign aid. In the year 2016, foreign aid made up 1.69 percent of total GDP of Pakistan. This ratio is greater than the same ratio for most of the South Asian neighbors of Pakistan. This implies that Pakistan’s reliance on foreign aid is greater than average of other south Asian countries.

Mehfooz Ali Khan the former Finance Secretary of Balochistan government, told Balochistan Voices that there was no major USAID project in Pakistan which could bring a social development change. He believes that suspension of US Aid to Pakistan will not make any difference to economy of Pakistan because reduction in US Aid is compensated by $60 Billion plus Chinese intervention in form of China-Pakistan Economic Corridor (CPEC).

“U.S can pressurize IMF and World Bank to create monetary problems for Pakistan in near future which can affect the economy of Pakistan,” feared Khan. He added that Maxim Bank of China can be an alternative for Pakistan in case if doors are closed by World Bank and IMF. He suggested that if U.S puts pressure then Pakistan can reciprocate by imposing levy and duties on NATO cargo transported from Pakistan to Afghanistan and that will affect U.S as well.

U.S aid to Pakistan was one fourth of total aid received by Pakistan and which also dwindled significantly in last 5 years. Therefore, the new policy of trump to suspend aid to Pakistan is less likely to make any significant impact on economy of Pakistan.

However, the heavy reliance of Pakistan on foreign aid and foreign debt is not a good omen for struggling economy of the country. Economic stimulus provided by China in the form of CPEC can save the day for Pakistan economy for now but it’s still far from full economic sustainability. 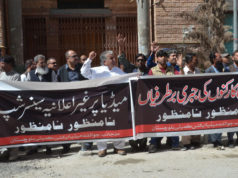 Evaluating the Vulnerability: State of Journalism in Pakistan 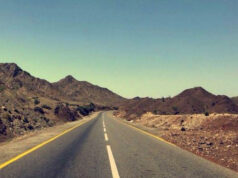 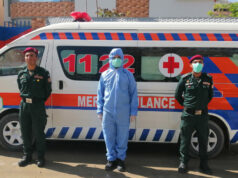