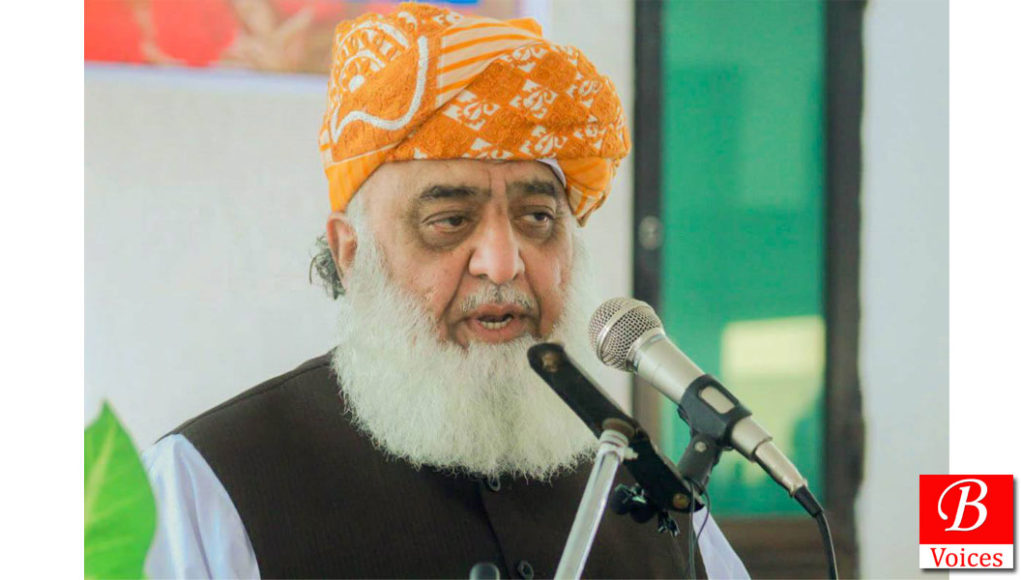 Quetta: Jamiat-e-Ulema Islam – Fazal (JUI-F) Chief Molana Fazal ur Rehman has alleged that Imran Khan was brought into power by U.S government to sabotage China-Pakistan Economic Corridor (CPEC) projects. He made these allegations while addressing a political gathering under the title “Ulema convention,” on Thursday.

JUIF-F chief said that He had been a part of the process for last 20 years which resulted in CPEC. “We made sure that from Zhob to Gwadar, entire Balochistan takes benefit from CPEC,” said the chief of conservative JUI-F.

He further claimed that U.S government was not happy with the progress of CPEC. “U.S created a political vacuum, dragged Prime Minister to courts and got him disqualified,” alleged Fazal.