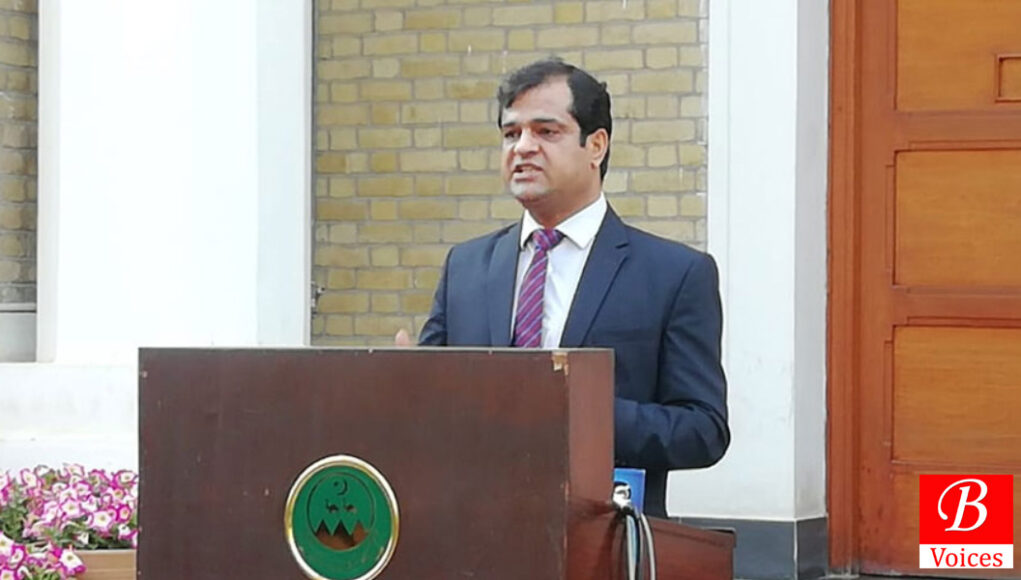 Liaquat Shahwani, the spokesperson of the Balochistan government made this statement while addressing a press conference, on Friday.

PDM is an alliance of 11 opposition parties, which are campaigning for the ouster of the ruling PTI government. The next political power show of PDM is scheduled to take place in Quetta on Sunday.

Shahwani urged that opposition must delay its rally in the wider interest of the public. “Later, when this threat has been eradicated or when the planners and masterminds are arrested. Once NACTA issues a clearance, then PDM can hold a rally. This will be better as they will get more time to prepare,” he said during the press conference.

Provincial government spokesperson further added that “Our intention is based on democratic norms. If PDM leaders really [care about] democratic norms, Constitution, peace, and security and masses’ betterment, and if they call themselves pro-public, then they should show a sense of responsibility and delay this rally for now in the wider interest of the public.”

Last few incidences in Ormara and Makran are clear signs where enemies shall not leave any opportunity unturned.

However, its sad to see how non serious opposition takes it.

On Friday evening, Counter-Terrorism Department (CTD) conducted a raid at the Dasht area in the Mastung district of Balochistan.

According to a press stated issued by CTD, four terrorists were killed in the raid including a key Commander of LeJ, Abdul Karim Kurd. According to CTD, Kurd was the mastermind of 11 major terrorist attacks in Balochistan.