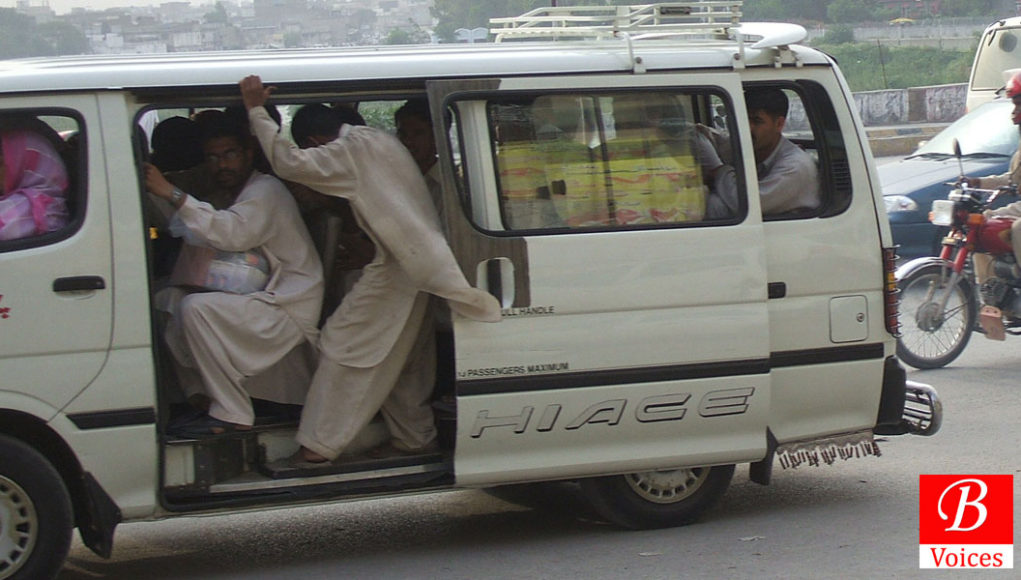 Quetta, the capital and largest city of Balochistan, does not have functional public transport. This not only impedes the mobility of citizens but also raises the cost of living for the people and contributes to pollution and environmental degradation.

The city has a population of nearly 3 million people and is home to 25 percent of the population of Balochistan. The public transport system runs on old buses which are small, slow and uncomfortable. Only those who have no other means of transport use these buses. Rickshaws also operate within Quetta but these are expensive for the lower middle class and not very comfortable for those who can afford them. Therefore, the only convenient mode of transport in Quetta is driving a privately owned car.

When private cars become the sole mode of transport in a city, a wide range of problems arise. For instance, a small neighborhood in Quetta has 50 people who have to travel to work on a daily basis. If the public transport was workable and convenient, then all of them could travel in one bus or a train. However, under the current circumstances, this neighborhood needs 50 vehicles for the daily commute. This increases traffic congestion on roads, people’s disposable incomes will fall as they spend on the purchase and maintenance of the vehicle, not to mention the volume of the pollutants these vehicles emit and the subsequent damage caused to the environment.

There is also no workable and convenient inter-city public transport system in Balochistan. A number of coaches and buses travel on various routes but none of them match the comfort and safety provided by the cheapest transport services operating on the motorway between Lahore and Islamabad. The main route for inter-city transport is Quetta to Karachi and it sees frequent accidents and offers no resting facilities along the route for passengers. There is no concept of inter-city travel in Balochistan through railways. As a result, people bear the inconvenience of traveling in existing coaches or use their own vehicle if they can afford one.

A missed opportunity for developing a public transport system, at least in Quetta, was the first phase of the China-Pakistan Economic Corridor

A missed opportunity for developing a public transport system, at least in Quetta, was the first phase of the China-Pakistan Economic Corridor (CPEC). Quetta Mass Transit Project was included in CPEC during the 6th Joint Cooperation Committee (JCC) meeting in 2016 and dropped the very next year in the 7th JCC. Later, it was revealed that this project was found to be financially unviable in the pre-feasibility study. The way the Quetta Mass Transit project was shelved was full of suspicion. The dubious pre-feasibility report which was used to end the project was never made public and there are serious questions on its transparency and very existence.

Some government officials claim that Balochistan could not have afforded to repay the loan for the Quetta Mass Transit project under CPEC. This is not a correct argument given the wider context. In the first phase of CPEC, loans provided by China for infrastructure projects were concessionary, with a much lower interest rate than the market rate. Secondly, the repayment period for such projects was gracious and Balochistan would have more than ten years to repay the loans. Thirdly, even if Balochistan had to pay a few billion from its development budget every year for loan repayment, it is a better use of the budget than the current scheme of spending. While the Punjab government successfully used CPEC to build the Orange Line Metro train, the home province of Gwadar missed the boat.

Public transport systems are often expensive. Governments not only invest a large number of resources in these projects but also subsidize day-to-day expenditure. These are not meant to be profit-making ventures and there is no harm in making such expenditures because they benefit society at large in the form of saving commute time, preventing traffic congestion, reducing pollution, and the cost of living for the underprivileged.

After ignoring the issue of public transportation for many years, the Balochistan government has finally come up with the idea of the Green Bus Service for Quetta. Under this plan, 10 buses will run on two routes in Quetta. This is a good step but it is not enough to cater to the transport needs of the city. Quetta needs hundreds of buses and 10 buses cannot do the job. Even if the government increases the number of buses, the system will not work unless there are overhead bridges and underpasses to ensure a smooth flow of traffic.

In order to resolve this problem, the provincial government must take three steps. First, it needs to start working on a mass transit system for Quetta on a war footing. A composite system of public transport is required which cannot be replaced by a few green buses. Secondly, the government should use railways for inter-city transportation within Balochistan on the Quetta-Taftan and Quetta-Jacobabad routes. Lastly, the government needs to introduce a system of an inter-city transport system where highways are developed and equipped with resting facilities. All that is needed is resources and resolve on the part of the political leadership. 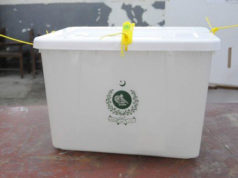