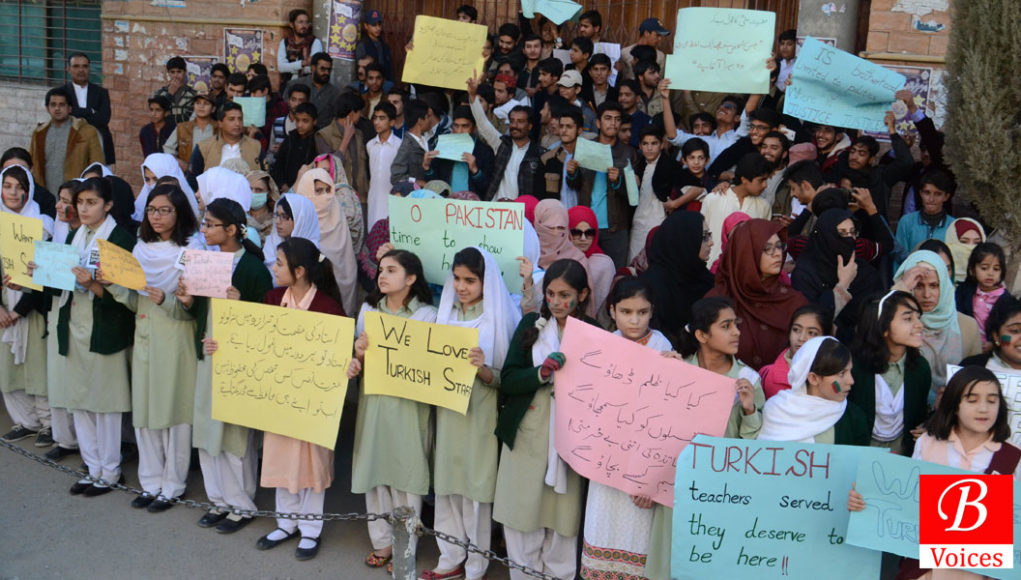 Quetta:  Teachers, parents and students of Pak-Turk Schools staged a demonstration in front of Quetta Press club against the expulsion of Turk Teachers from Pakistan, on Friday.

Protestors also lamented development of a sense insecurity among teachers and students of Pak-Turk Schools due to the recent decisions of Government of Pakistan to expel all Turkish teachers from Pakistan.

Protestors also condemned the allegations that there are any connections between Turkish teachers and Abdullah Golan.

He revealed that Turkish teachers, who have been serving Pakistan and her people for the last 21 years are issued with an official letter imposing them to leave Pakistan within three days.

He alleged that the government has started harassment of Turkish staff on the behalf of Turk government.

He lamented that if Government of Pakistan handover Pak-Turk Institutions to a non-educational organization than it is injustice with the future of more than 11,000 students who are studying in 26 branches of Pak -Turk International Schools across Pakistan.

He predicted that these institutions will close down in just 3 or 4 months after being handed over to non-educational staff.

Speakers added “We have a hard time understanding that our own leaders are inflicting such harm to our students in our country in this way. This is an irreparable damage to the education in Pakistan and sets a very negative example for all.”

They appealed to Government, civil society and the nation of Pakistan to stop this human tragedy and not to interfere, not to politicize, not to transfer and not to control Pak-Turk Schools.

“We intensely request the Government of Pakistan authorities to revert from their decision and thus alleviate the suffering of the students, parents and their teachers,” concluded the speakers of the press conference. 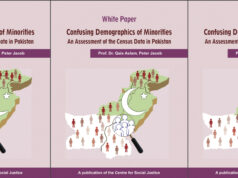