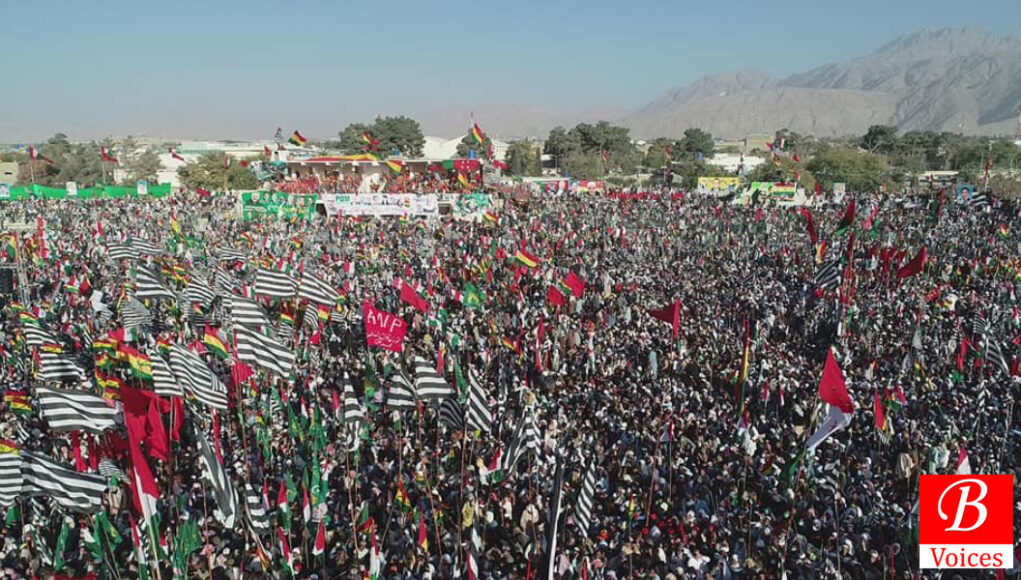 PDM is an alliance of 11 opposition parties, which are campaigning for the ouster of the ruling PTI government. During the Quetta rally, opposition leaders bashed Imran Khan’s government for its flawed approach toward the $50 billion mega project of CPEC.

Bilawal Bhutto Zardari, the Chairman of PPP, alleged that PTI government is trying to turn CPEC into a failed project.

“Today, those who term CPEC as a gamechanger should think that without Balochistan and its Gwadar, without Gilgit-Baltistan (GB) and its borders, there is no CPEC,” said Bilawal. He asked why CPEC had still not benefitted the people of Balochistan and GB. Bilawal alleged that Prime Minister had “not given anything to Balochistan, but instead was trying to snatch from the province.”

Chairman of PPP further claimed that the CPEC was the result of a four-year struggle by Zardari and added that the project was meant for the benefit of deprived regions including GB, erstwhile Fata, and Balochistan province.

Sardar Akhtar Mengal, the chief of BNP, lamented that while CPEC projects had led to the development in other parts of the country, residents of Gwadar still don’t have access to drinking water. “ We have joined the PDM alliance on the assurance that whichever party comes to power, it will give rights to Balochistan,” He said.

Dr. Malik Baloch, President of National Party, said that Balochistan did not get anything from CPEC projects. He lamented that China gets 91 percent and the federal government gets the remaining 9 percent share from the revenue of Gwadar port.

Dr. Malik Baloch was the Chief Minister of Balochistan (2013-15) when the original CPEC agreements were signed. Baloch and his party are blamed to look the other way when Balochistan was deprived of CPEC projects when they were in government.

Dr Malik how can you talk about these things when u were part of all these agreements and meetings. You bought zero investment for Balochistan and nothing, while Shareef took motorways, industries and plants for themselves

Maryam Nawaz, Vice President of PML-N, demanded that CPEC Authority Chairman retired Lt. Gen. Asim Saleem Bajwa should step down from his position, citing allegations against him and his family of offshore properties and businesses.

Earlier this month, a parliamentary committee observed that no progress had been made in the CPEC projects in Balochistan since 2017. “Briefing given by the ministry and its various allied departments is insufficient and lacks details on many aspects. The departments are shifting responsibility on one another and there seems to be no institutional collaboration,” Senate, Senator Sherry Rehman The convener of the Special Committee on the CPEC said.